“The Air owes a lot to the repairable MacBooks of yesteryear, but unfortunately seems to be learning some of the iPad’s bad habits. While we love design choices like a serviceable battery, and a very clever speaker system, we’re less excited about soldered memory and storage, and a rather puzzling heat management system.” 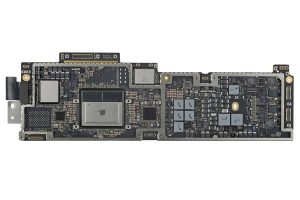 On their journey they find the soldered-down octa-core M2 + unified memory package, with integrated GPU; a single soldered 256 GB NAND flash memory chip (instead of two 128’s); a seemingly Apple-made Thunderbolt 3 driver (rather than Intel chips) and an accelerometer.

But no heatsink or active cooling system, apparently… 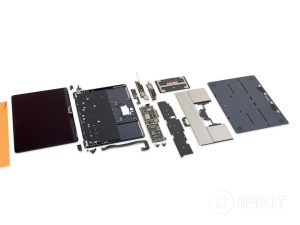 You can watch a video of the teardown below:

The conclusion? That the Mac has been heading in a more positive direction recently – “more and better ports, a better keyboard, and a return to some more repairable ideas”.

That’s a comparatively good result for Apple. I remember – not so long ago – they were getting low marks. For example, the Apple HomePod smart speaker got a repairability score of just 1. (Yes, the lowest possible score.)

Magic of Engravings to Share the love with Your Special Ones

Everything about HVAC & Your Professional Home Energy Audit